I’ve written a couple of times before about what I do to backup all my important data.

My last post on the topic was more than a year ago though, so I’ll forgive you if you’ve forgotten. Here’s a recap: originally I was using a fairly traditional consumer backup service, ADrive. This worked well because they’re one of the few services that provides access by Rsync, which made it easy to run scripted backup jobs on my linux server. Their account structure didn’t really meet my needs, however: you pay for the storage you have available to you, not what you use. When I hit the upper limit of my account the next tier up didn’t make financial sense, so I switched.

About 15 months ago I moved my backups over to Google’s Cloud Platform. This gives me an unlimited amount of storage space, and I just pay for what I use at a rate of $0.02/GB/Month. This has been working well for me.

In December I found Backblaze B2. They offer a service very similar to Google’s (or Amazon S3, or Microsoft Azure, or any of the other players in this space that you may have heard of), except they cost a quarter of the price at $0.005/GB/Month. There’s even a free tier, so you don’t pay anything for the first 10GB. When I first looked at them their toolset for interacting with their storage buckets really wasn’t where I needed it to be to make them viable, but they’ve been iterating quickly. I checked again this week, and I’ve already started moving some of my backups over. 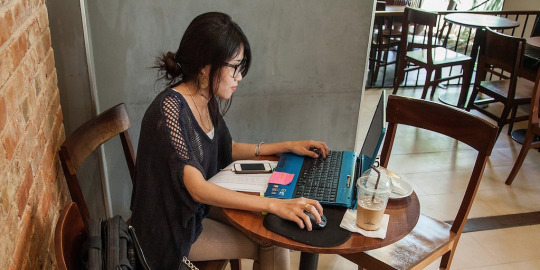 While this is no easy feat, getting more done in less time is a more attainable goal if you're not sabotaging yourself with bad habits. — Rachel Gillett, businessinsider.com 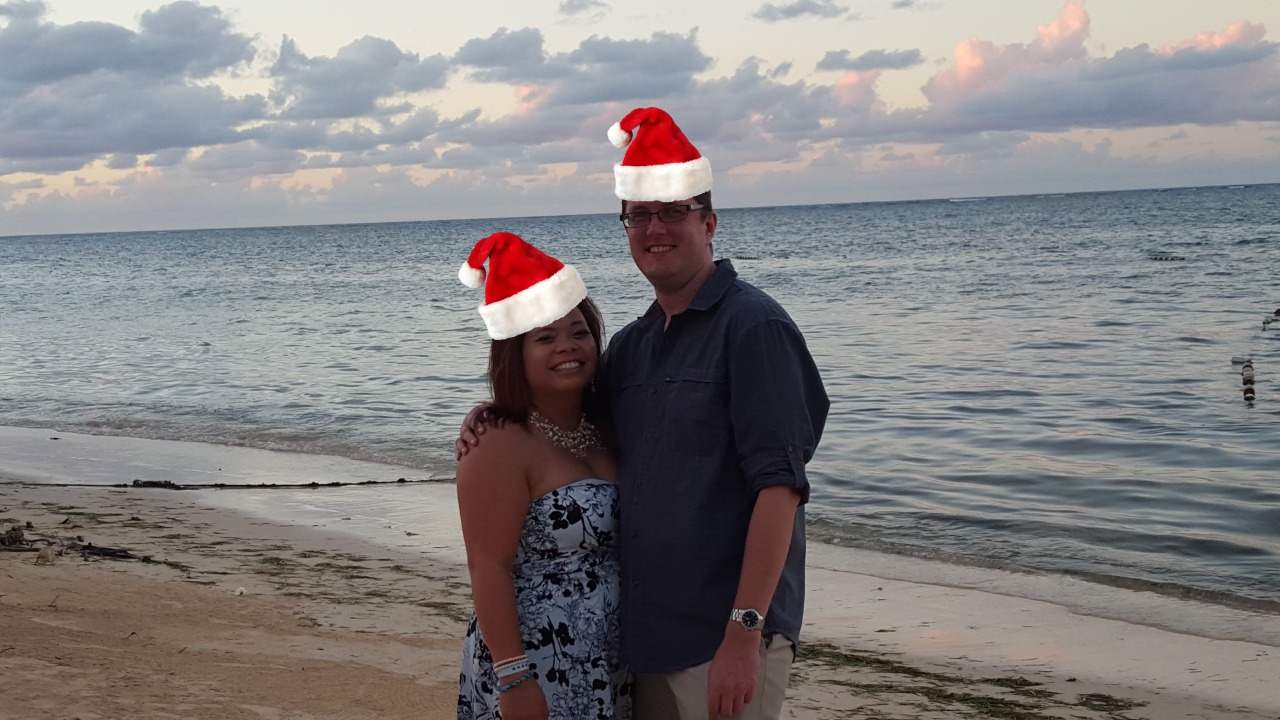 With the craziness of buying a new house in the last couple of months we never did get around to making Christmas cards this year, so if you’ve been waiting by your mailbox you can stop that now. I promise we’ll do some extra-cheesy ones next year, and I hope everyone has a very merry Christmas and a happy new year, from our family to yours.

The Curse and the Blessing of Arbitrary Deadlines

Each year around March there’s a mad rush to get work items completed, closed out and signed off before March 31. Everyone is running around like chickens with their heads cut off, and this bothers me hugely. Why is this largely arbitrary line in the sand so important? Are our accounting practices so deficient that we can’t deal with a body of work that crosses this boundary? (Hint: no, they’re not). Nobody has ever been able to adequately explain it to me because, I suspect, there is no adequate answer.

To add to my frustration with this situation, I have in the past experienced a distinct and noticeable lull in my workload in April. The nature of what I do is such that there’s often definition and even planning required of others before work lands on my plate, and if this effort doesn’t start until April 1st then I will have nothing to do until at least the middle of the month. So tell me again why I tore all my hair out trying to get everything I was working on complete by the end of March?

In fairness, I’m exaggerating the picture I’m painting here and in recent years my team especially and my organization generally have become much better at this. Nevertheless, it illustrates my point: arbitrary deadlines are very much a pet peeve of mine and you don’t just find them at year end, they’re everywhere – from the project completion date that was estimated before anybody understood the effort required but somehow became set in stone, to the two hour meeting that somehow fills exactly two hours even though, upon reflection, there was only 50 minutes of valuable content (that’s the opposite issue to the chicken-with-its-head-cut-off scenario, but the same root cause).

Thinking back over the past couple of days, however, it occurs to me that I may be a massive hypocrite.

On Tuesday I wrote about how I was very much un-wowed by Google’s recently announced latest addition to the Nexus line of devices, the 5X.

There was, however, something announced at last week’s Google event that I was very excited about.

Chromecast devices have been around for a little while now, and they’re a USB-powered dongle that plugs into a spare HDMI port on your TV and allows you to “cast” video from your phone to display it on the big screen.

The audio version follows a very similar concept. It’s also powered by USB, but then it plugs into your existing stereo and allows you to “cast” music to it from your phone.

You could argue that Bluetooth works just fine for doing this – indeed we have a Bluetooth speaker in the kitchen for just this sort of thing. Google tells us that a WiFi device can offer better sound quality than Bluetooth is capable of and has some other benefits too, but I don’t care about any of that.

What I’m excited about, is the possibility of whole home audio. I built my whole home audio system from a collection of raspberry pis because I thought the existing offerings in the marketplace didn’t offer good value. Apparently Google agree.

The Chromecast audio won’t have whole home audio functionality at launch, but apparently it’s coming in a future software update. I for one am very excited about this.

The benchmark system for whole home audio is quite clearly Sonos – that’s the system against which all others are measured. They have a product called the Connect which allows you take a set of speakers you already own and, for want of a better term, make them “smart.”

The Chromecast does much the same thing, but for the price of one Sonos Connect you could buy ten of them.

If you weren’t aware, last Tuesday Google held a product announcement event. This was very interesting to me, chiefly because of the new Nexus phones that were being announced.

About two years ago I bought a Google Nexus 5, either on launch day or shortly thereafter. I’m very glad that I did, it’s a fantastic phone that’s still popular today, and it was about half the price of its similarly-spec’d competitors. The important thing about the price was that it changed the model under which I purchase smartphones: instead of getting them deeply discounted or free through a carrier (providing I promise to stay with them and not change my phone again for two years), I bought the phone outright.

I now have a phone plan that costs me $25 a month for unlimited calls and texts, and 2gb of internet and the maximum speed my provider can deliver (it gets throttled if I go over that limit, but even then I don’t pay more). I got that deal precisely because I already owned my device, and because I didn’t buy my phone from the carrier I’m not tied into a contract with them either. If they were to choose to stop offering that kind of excellent value then I can simply choose to go somewhere else.

Last year at Google’s annual Nexus event they announce the Nexus 6, and it represents a significant mindset shift that I didn’t like. The Nexus 5 focused on real-world performance and eschewed bleeding-edge components in favour of offering superior value, but the 6 took the opposite approach. As a result it was more money than I wanted to spend on a phone, and it also followed the trend of flagship phones having huge (six inch) displays, putting it mighty close to “phablet” territory. I don’t like this trend.

Others felt the same way and the Nexus 6 didn’t see nearly the same success as the 5. That’s why I was so excited about last week’s event: a return to the way of thinking that resulted in the Nexus 5 was anticipated, and in fact many details of the Nexus 5X were leaked in advance.

As the event progressed I kept an eye on coverage of it from a couple of my favourite sites, waiting to be wowed, but the wow moment never came.

I think it’s because two years ago the thinking that led to the creation of the Nexus 5 was outside the box, almost revolutionary. The idea that a flagship device didn’t have to cost $1,000 was crazy. The model was so successful though that other manufacturers have taken notice since then. OnePlus and Motorola are two notable examples offering fantastic phones that are easy on the wallet.

In retrospect, I don’t know what I wanted from Google. It was the revolutionary nature of the Nexus 5 two years ago that blew my mind and this time around I was looking for an evolution that also blew my mind. I got my evolution, but of course my mind remains intact. It also doesn’t help that the Canadian dollar is not performing as well against the U.S. dollar as it was two years ago, so the value isn’t there to quite the same extent.

I will probably still buy myself a Nexus 5X. There’s a lot to be said for the pure Android experience, the way that Google intended it (along with immediate updates when new versions are released). What I was hoping for is a phone that clearly offered a better value proposition than the Moto X Play (which I believe to be the best value out there right now). The 5X is a bit better, but also a bit more expensive. It’s a toss-up.

I do wish it had wireless charging though. If it weren’t for that omission I’d never have gone on this rant.

This, is Jay’s Patented Blue Ribbon of Awesomeness:

I created it probably five or so years ago and included it whenever I sent an email thanking or congratulating a colleague for doing good work and exceeding my expectations.

Since I created it my workplace has implemented a platform specifically for peer-to-peer recognition and the ribbon has truly found its spiritual home.

For a little while though I’ve been feeling that the ribbon is getting a little long in the tooth and I’ve been trying to come up with a new idea to replace it. I have no new ideas.

Recently our recognition platform of choice added the ability to attach videos to recognition moments instead of just pictures. Sold. I took a few hours one afternoon last week and crafted a masterpiece: 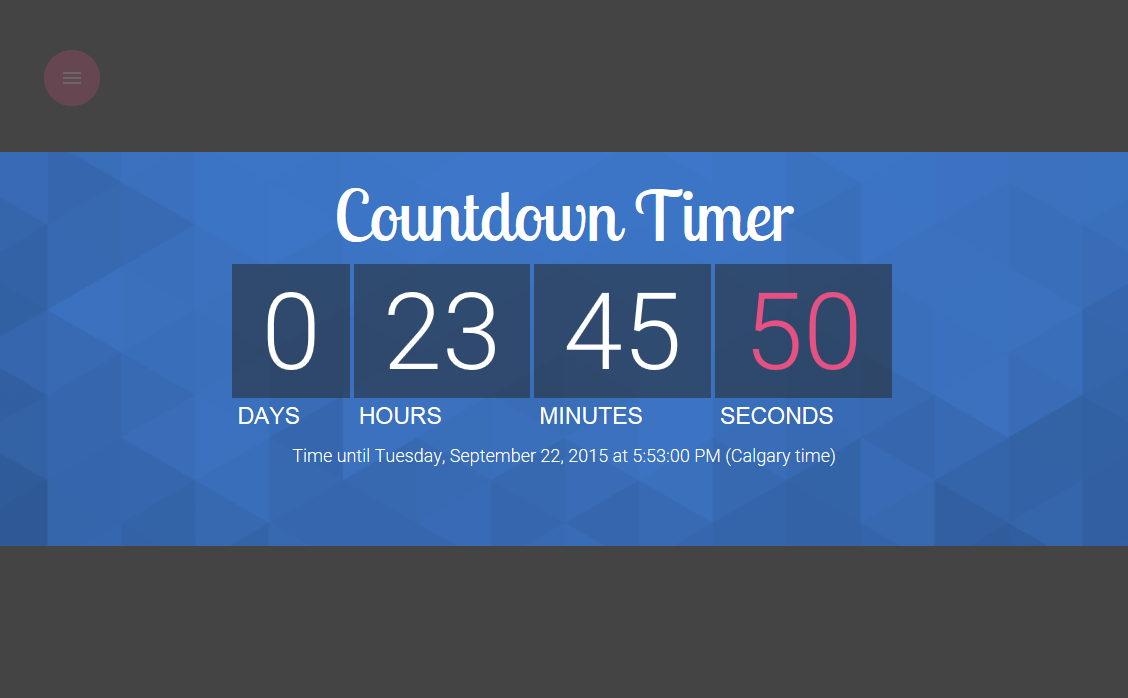 At work we’re making a collective effort to get better at responding to messages in a more prompt manner.

I’m sure my boss Matt appreciates the helpful countdown timer I attached to my most recent email to him, then.

Or maybe I’m doing it wrong?